This is another success story from one of my clients. This time with Pauline, who started out as a freelance writer and eventually found her purpose as a life coach. She started a life coaching business and signed her first six paying clients in three months.

I love Pauline’s story because it shows how finding the right business for you is rarely a straight-line process. Here are some of Pauline’s highlights:

Wanting To Have A Career And Be A Full-time Mom

When I first started working with Pauline, she was a full-time mom. She had already moved on from corporate life after her son was born and also closed her side business for health reasons.

While she loved being a mom, Pauline still felt called to do something more in her life.

But Pauline didn’t want to return to a hectic schedule and give up precious time with her son. There was a growing tension between her role as a mother and her need for meaningful work. Pauline couldn’t see how to resolve this.

So, we set out to find work that Pauline could do from home. Work that would fulfill her desire for personal growth and provide the flexibility she valued. And of course, an income.

Pauline’s first challenge was to uncover the right kind of work for her. She had many skills and ideas. Narrowing down her options to just one wasn’t easy.

This is the kind of challenge I love. I believe work is most profitable and fulfilling when you pursue the activities you’re uniquely designed for.

We all have a set of skills, experiences and passions. When you build a business around these, you discover the kind of work you’re meant to do.

But Pauline’s problem was not having too few ideas – she had too many. How could she settle on one path?

The answer was to pick one idea and go with it. Here’s what Pauline said:

“I want to do something, but I’m struggling to nail what that something should be, so the next best thing is to run with the most feasible idea and take it from there.”

Pauline was initially drawn to freelance writing. She enjoyed organizing her thoughts on paper, it was something she could hit the ground running with and could see that freelancing would fit around her home life.

Within a month of deciding to explore freelancing, Pauline landed a $500 writing job. She was asked to create a 4000-word blog post for an online marketer.

Pauline’s writing rate worked out over 12 cents a word. This was a very admirable rate for a new freelancer. And a million miles away from the low paying jobs offered by content mills.

Pauline went ahead and completed the job. Soon she was celebrating her first pay check. But that was when Pauline faced her second challenge.

Pauline realized that writing for someone else wasn’t going to keep her motivated in the long term. While there were many advantages to a freelancing career, it wasn’t the right path for her.

But instead of seeing this as a setback, Pauline understood this was a good thing. By taking action, she’d quickly discovered what didn’t work for her and was free to move on. She even got paid to make the discovery!

Finding Purpose As A Coach

Pauline decided to dig deeper, to get past her obvious skills and experience. Instead, she took time to get really honest on her true passions and interests.

What kind of work felt most purposeful and fulfilling? What would be profitable and fit around her role as a mom?

Pauline did a lot of research and self-exploration. As she did this, one idea kept rising to the surface. Her real dream was to coach other people.

As we discussed next steps, Pauline became excited about the future. Gradually her path forward became clear. Pauline told me:

“Thanks for doing your magic and helping me find the next step forward from this mass of information I’ve gathered.”

But of course, deciding to become a coach, didn’t mean the hard work was over. In fact, reaching this conclusion was the start of another difficult journey.

New coaches are faced with many challenges. How to pick a coaching niche? How much should you charge? And how do you find your first paying clients?

Pauline’s biggest concern was how to sell her coaching services in a way that felt natural. Pauline loved coaching, but was uncomfortable with the thought of asking people to pay her.

Here’s what Pauline told me:

“I feel icky about selling. I don’t think it’s a fear, it’s more of the icky feeing of having to sell, based on the way others tell me how to sell. Even the ‘experts’ that claim to teach non-icky selling, still come off too salesy. I somehow need to get to the bottom of this so I can find an approach that I’m aligned with.”

This is a common problem and one I’ve also struggled with. The answer lies in connecting deeply with your potential clients. It’s much easier to sell in a genuine way when you care about the people you serve.

You want to make offers from the heart – without using uncomfortable persuasion techniques. When you do this, the right people will want to work with you.

The other key is to practice making offers. Face your fear and gradually you will become more at ease with the process of selling. This is exactly what Pauline did.

Pauline set a goal to reach out to a handful of people every week. She asked if they knew anyone who might be interested in coaching with her. The more times she did this, the more comfortable Pauline became with the process.

And of course, if you want to find paying clients you need to make offers. Pauline first started looking for clients in November of 2018. She had a deadline – she needed to find five paying clients before her coaching certification program started in January.

This deadline created a lot of pressure. Pauline said:

“I’m trying not to panic about the ‘deadline’ for having 5 clients for my certification.”

But Pauline stuck with it. And over the next three months she signed not five – but six – paying coaching clients.

Pauline has learned so much on her journey to become a coach. She’s now excited to complete her certification and continue creating her dream business.

“I signed on my 7th client last week, one that had been in the works since February. It’s a good reminder for me that when the time is right and they see that what you offer is of value, they will be in touch again. I just need to keep showing up.”

What do you think? Do you dream of starting a life coaching business but share many of the fears Pauline faced? 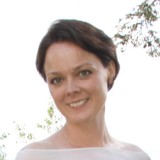 Sign up now and receive practical advice about starting and growing a business you love. No fluff - just proven steps that work.